Foods you can eat and not gain weight

It sounds impossible, but there are actually certain foods that can satisfy hunger cravings without packing on the pounds. The key is to indulge in a meal that has a high satiety value, which describes how filling the food is compared to its calorie content.

This so-called “satiety index” measures the ability of various foods to make you feel full and ultimately reduce your calorie intake over the course of a full day.

That kind of eating is what will keep the pounds off, and some foods are just way better at both satisfying hunger and discouraging overeating than others.

You can eat real, satisfying food yet stay slim and healthy. Interested? Read on! 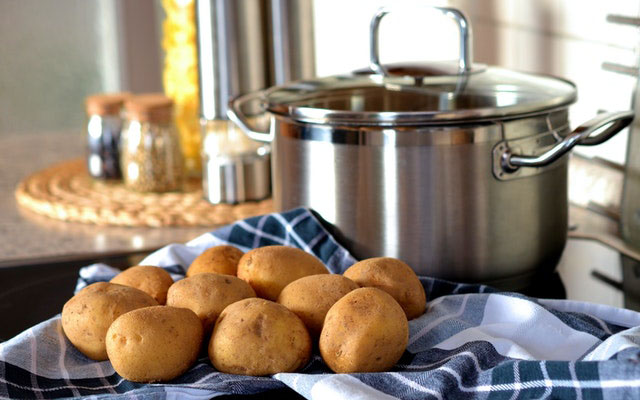 Many people avoid potatoes due to their high carbohydrate content, but there is no need for this. Potatoes are very nutritious as long as they aren’t fried. More than that, potatoes contain resistant starch that acts like soluble fiber in the digestive system. This helps you feel full with fewer calories.

Studies show that cooking and then cooling potatoes increases the level of resistant starch. Heating and cooling them repeatedly further raises that level. So not only are potatoes delicious and nutritious, but they become more so when you eat them as leftovers. 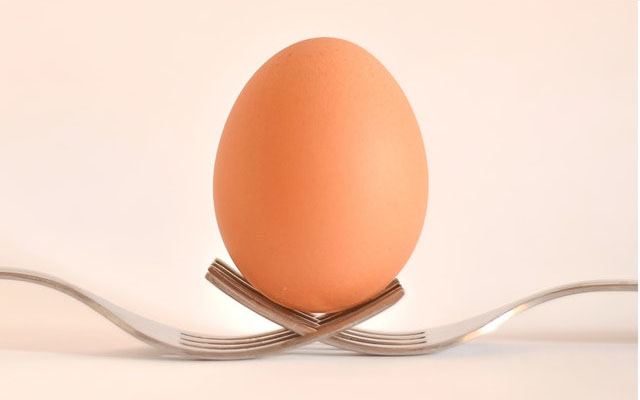 Eggs, and especially egg yolks, have been unfairly characterized as heart attack-inducing cholesterol bombs. But while they do contain a fair amount of cholesterol, studies have shown that eating eggs does not raise bad cholesterol levels. On the contrary, eggs represent a complete protein, which means that they contain all nine essential amino acids.

Protein is a lot more filling than simple carbohydrates, so eating eggs in the morning can keep you on a good track all day. One particular study found that people who ate eggs for breakfast were able to lose more weight and trim their BMI (body mass index) further than people who had a bagel. 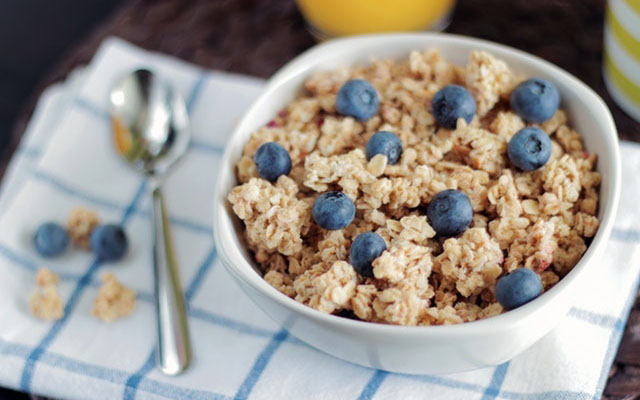 Oatmeal is a super filling dish because it contains a ton of fiber and soaks up a lot of water when cooked. Yeah, it’s pretty bland, but it can be flavored up so many different ways. Fruit, nuts, and brown sugar are all great choices.

Oats also have a lot of a type of insoluble fiber called beta glucan, which has been found to slow the absorption of carbs and suppress appetite throughout the day. 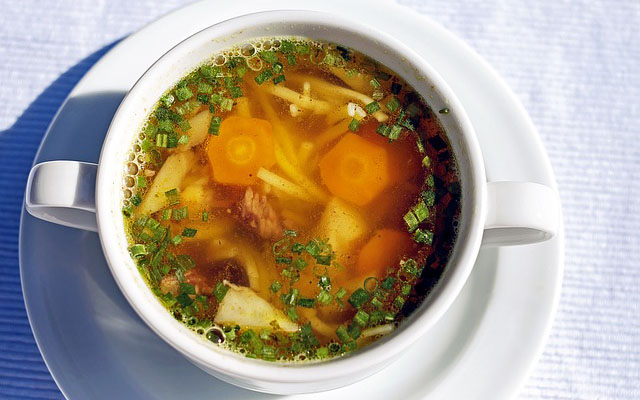 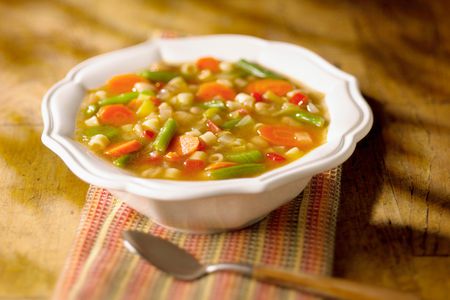 No one really thinks of soup as filling, but it can be. In fact, studies show that some soup can be more filling than a solid-food meal with the same ingredients. Eating soup as an appetizer could increase your satiety to the point that you eat about 20% fewer calories overall in that meal.

Make soup a habit and you’ll lose weight without even trying. We recommend broth-based soups because they are lower calorie than cream-based soups. 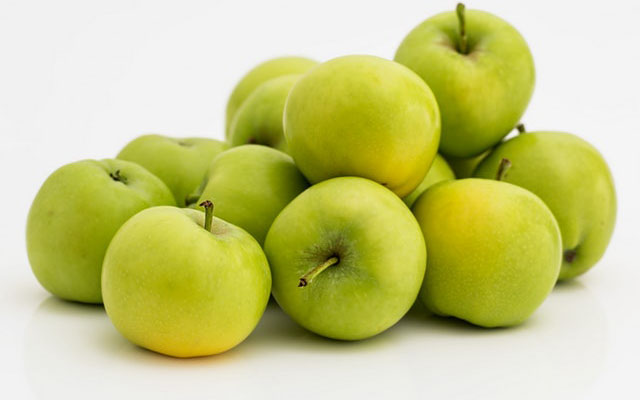 Apples also score highly on the satiety index because they contain a soluble fiber called pectin that regulates digestion. They also contain a great deal of water – up to 85% per piece – which provides volume to make you feel full but not a lot of calories.

If you want to enjoy apple flavor and not gain weight, make sure to eat it whole. And if you get bored of apples, know that citrus fruits are also fairly high in pectin and water. 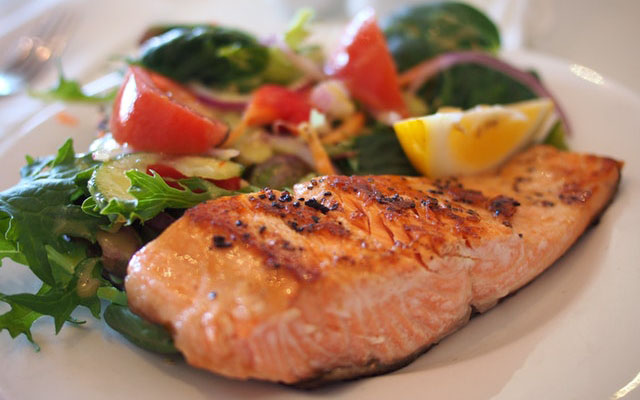 Higher protein diets are more filling and satisfying than carb-heavy ones. Therefore, it’s okay to eat your meat. Leaner cuts are recommended, as some meats are high in saturated fat and won’t do you any favors. But fish, for example, is low fat yet high in protein and omega-3 fatty acids, which increases satiety as well as supports a healthy cardiovascular system.

While fish scores highest among meats on the satiety index, other lean meat like chicken, pork, and some cuts of beef are also packed with protein. Studies indicate that eating a high-protein lunch can lead to a 12% reduction in calories consumed at dinner, compared to people who eat a mostly carbohydrate lunch. 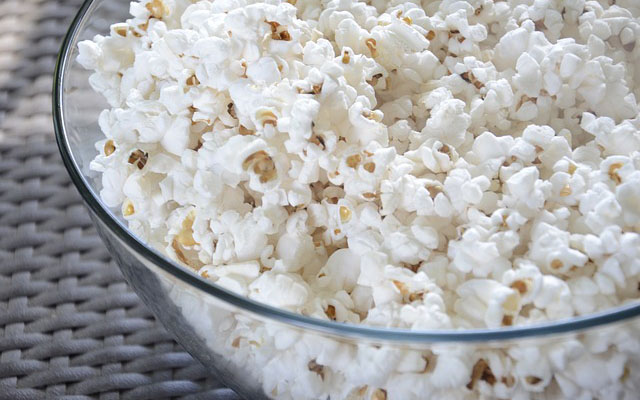 Heck, yeah! It’s snack time. When you get the craving for a salty treat, popcorn should be your go-to choice. It is a whole grain that’s high in fiber but low in calories. There is also a lot of air in popcorn which actually helps to fill you up faster than potato chips or crackers.

However, it is always best to choose air popped popcorn over the microwave bag variety. The bags are often lined with carcinogenic chemicals, and the fake butter additive is toxic. But once you have a nice bowl of air popped popcorn in front of you, there are countless healthy ways it could be flavored. Olive oil and garlic, avocado oil and parmesan, chopped oregano and tomato powder…you are only limited by your imagination.

Whether you are trying to lose weight or want to maintain your current weight, making these 7 filling foods a priority can really help. Diets don’t often work because they ask people to completely change the way they eat. But simply focusing on eating more of the right foods will begin to crowd out some of your least healthy indulgences.

Choosing more foods that are high in protein, fiber, or volume (lots of water or air), yet low in calories and saturated fat, is a great way to achieve the slim, strong body you want.

20 foods that are killing you slowly

Rema shows off his luxury car

Bobrisky verbally assaulted by some Nigerians in Dubai

‘Boys will be boys’ is a lazy parenting strategy, says Adekunle Gold